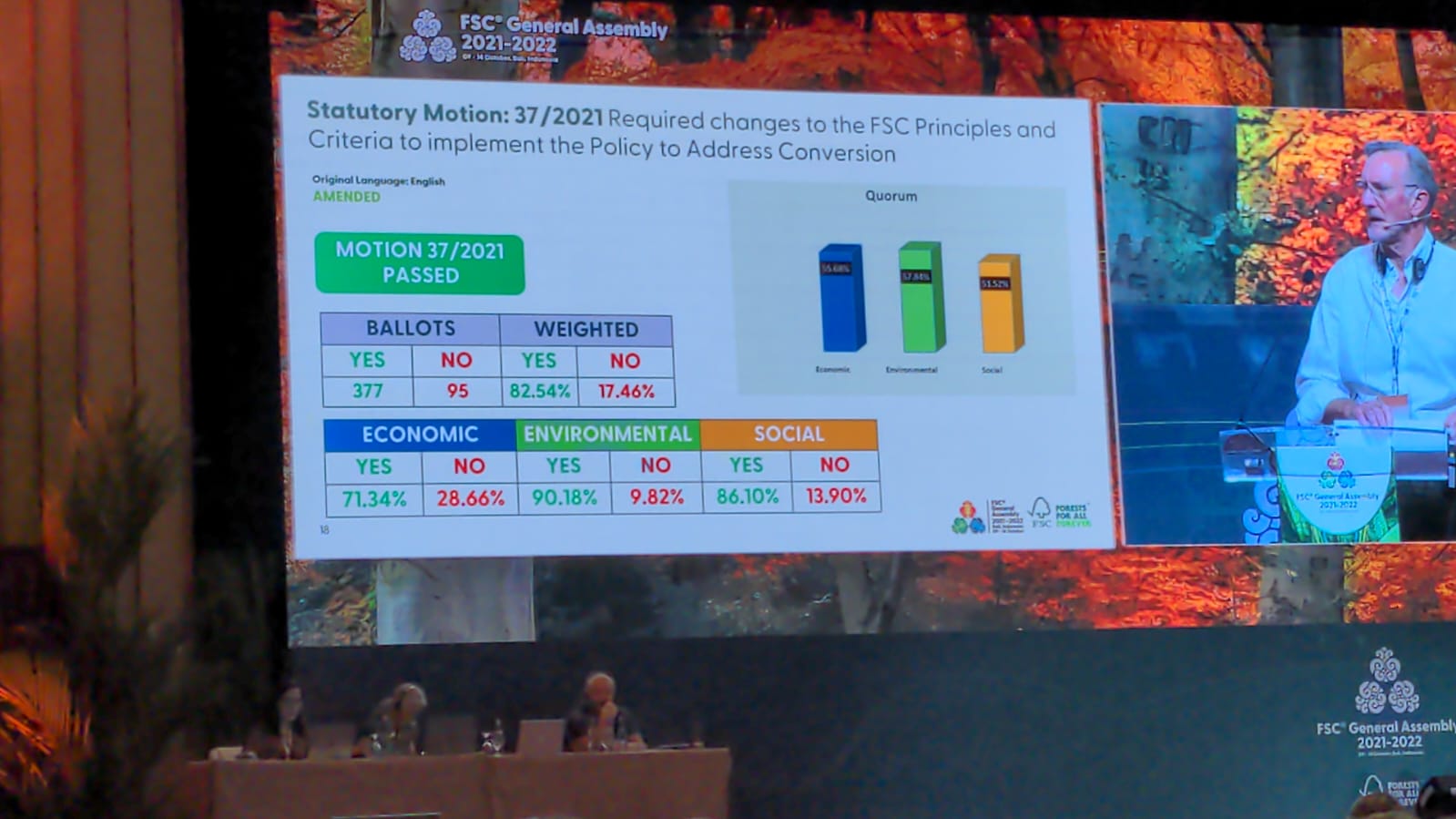 FSC members have voted strongly in favour of Motion 37, effectively lowering the conversion threshold for businesses hoping to join the popular ecolabel.

A warm welcome to new members, and a welcome back to old ones:

“The passing of this motion will make it possible for many new members to join FSC and help to further strengthen the FSC’s ability to grow and make impacts in the future. I am particularly pleased that small forest businesses established on converted land after 1994 will now be able to join,” said Peter Feilberg, Executive Director of Preferred by Nature.

To illustrate, a significant part of global rubber conversions happened after 1994. By moving the threshold to 2020, FSC can now be a scalable solution for the tire sector due to Motion 37.

Since the opening of the FSC General Assembly 2022 on Sunday, Motion 37 has been debated intensely in the halls and corridors of the tri-annual event. As members were leaving the conference hall this evening, many expressed happiness over the result:

“The result on motion 37 with such a high positive vote is a good outcome that represents a lot of hard work by a lot of people. Now this outcome needs to be supported by a strong positive vote on motion 45,” said Sean Cadman, an individual member, representing Environmental North.

The vote for motion 45, which is designed to strengthen the re-entry process, will finish Friday.

Remote auditing – when the abnormal becomes a new ‘normal’