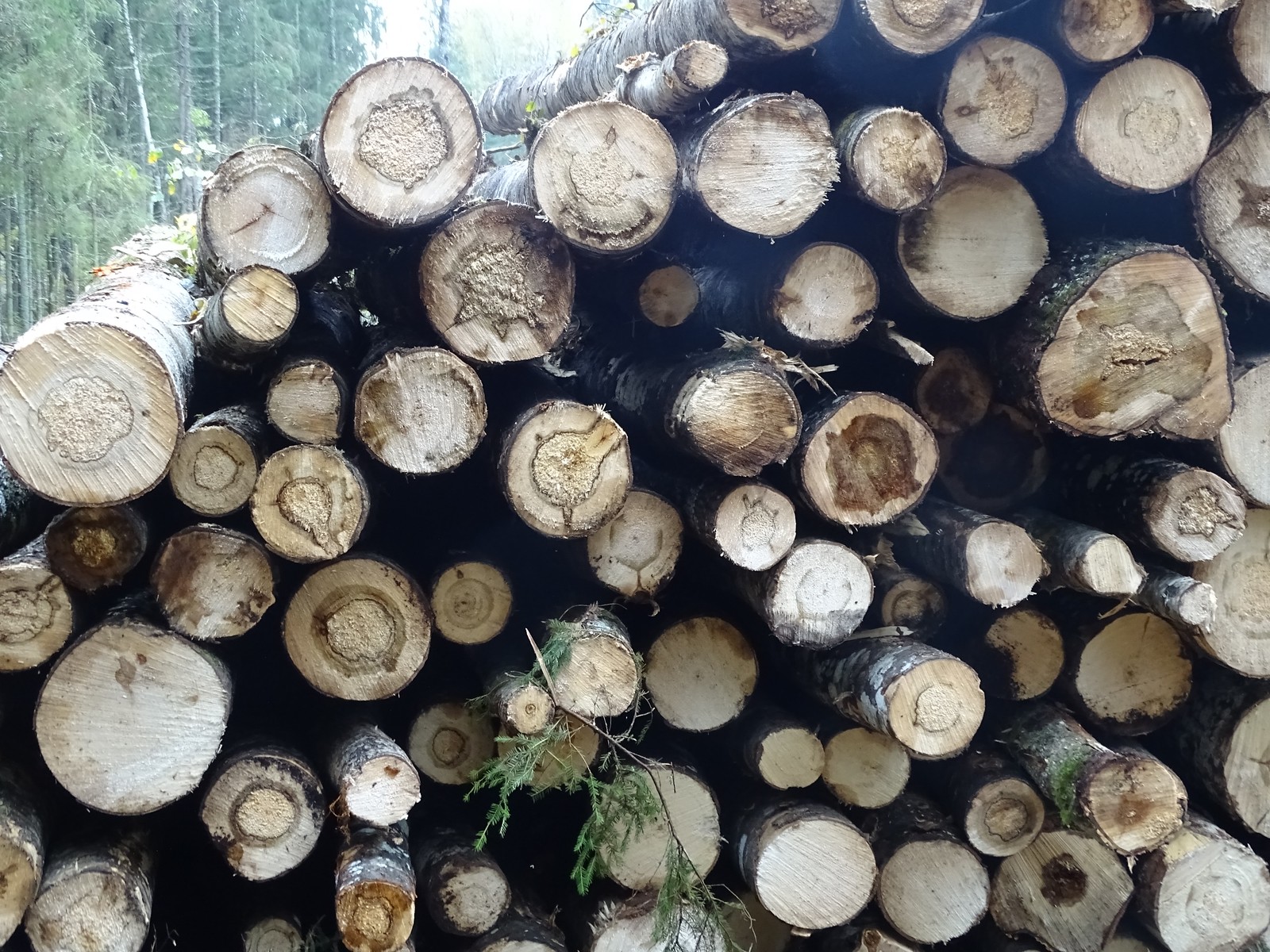 A new version of FSC’s Controlled Wood (CW) Standard addresses major weaknesses as part of a long-pending overhaul of the CW system. FSC certificate holders sourcing CW should brace themselves for significant change. Here is an overview for starters.

If there is one topic that is always sure to draw emotional response and ignite tough discussion amongst the FSC members, it is Controlled Wood (CW).

Ever since FSC’s CW Standard was first launched, it has been the centrepiece of debate.

FSC originally invented Controlled Wood due to problems of keeping FSC certified wood separate from other material at sawmills and pulp mills.

This formed a bottleneck for expanding the volume of FSC labelled products in the marketplace.

To speed up market recognition for the FSC label, FSC created the credit system, an input-output calculation system for cases where segregation of FSC certified material is very difficult or impossible.

The role of the CW system is to minimise the risk that the non-FSC certified wood used in FSC products comes from five types of ‘unacceptable sources’, such as illegal harvesting or areas where forest is converted to other forms of land use.

FSC members united in call for a step-change

By adopting CW, the credit system and the FSC MIX label, FSC achieved steep market growth far beyond what would otherwise have been possible. For many certified sawmills and pulp mills, CW is an indispensable part of the system. They tend to see CW as the water in the river carrying certified timber downstream.

However, the cost of this move has been a persistent and deep frustration amongst FSC stakeholders who find the system ineffective in terms of excluding unacceptable timber from FSC labelled products. They tend to see CW as a dark demon pulling the rug from under the feet of the FSC system.

Critics have expressed numerous serious and well-founded concerns, ranging from inconsistent company risk assessments and verification to flawed sampling systems, narrow definitions of risk and lack of competencies amongst certificate holders and auditors.

These challenges made the CW system largely dysfunctional and unfit for its purpose. In the end, it was clear for all stakeholders that a step-change was needed to protect the credibility of FSC.

This created a strong push for new and smart approaches. At the FSC General Assembly 2011, the members unanimously passed Motion 51 asking FSC to strengthen the CW system. The motion thus garnered broad support across all three FSC chambers – the economic, the social and the environmental chamber.

The new Standard for Company Evaluation of Controlled Wood (FSC-STD-40-005 V3) is one of the outcomes of FSC’s effort to follow up on this motion.

A fully fledged due diligence standard

The on-going CW system makeover reflects FSC’s massive effort to meet the members’ expectations.  The new Standard for Company Evaluation of Controlled Wood (FSC-STD-40-005 V3) is a key part of this process.

Will the new standard help in resolving the challenges with the CW system?  “At least I believe it does a much better job of addressing the known issues,” comments NEPCon Executive Director Peter Feilberg.

One of the key changes is that the new CW standard has evolved into a due diligence standard. It is based on principles similar to those found in e.g. the EU Timber Regulation (EUTR) and NEPCon’s LegalSource Standard. FSC certificate holders sourcing CW need to set up a due diligence system including:

This reflects an alignment with related key legislation and standards, such as the EUTR, the US Lacey Act and the Sustainable Biomass Partnership Standard.

Perhaps the biggest change of all is that FSC will provide risk assessments (RAs) for each of the world’s key timber producing countries. It will no longer be up to the individual company sourcing CW to evaluate and classify the risk. FSC is currently developing RAs for more than 60 countries. This includes nearly all countries producing FSC Controlled Wood.

However, the general picture that is emerging from these assessments is that they often conclude “specified risk” in areas where companies have until now classified the risk as low.

This is partly because the CW risk categories 1-4 have been expanded to cover additional types of risk. The most significant factor in this regard is the inclusion of all six types of high conservation values (HCV). Up until now, CW only addressed two types of HCV. The risk assessments must now also include threats from logging operations to e.g. smaller biotopes and cultural conservation values.

The new CW standard also builds on the broader definition of ‘applicable legislation’ used in the EUTR.  For example, the risk of violating e.g. health and safety regulations during forest work now needs to be evaluated. This was not clearly required under the previous standard, which used a less specific definition of illegal harvesting.

“Whilst this requires additional work from the FSC certificate holders to address the risk, it also serves to align the FSC system much more closely with the EUTR,” Mr Feilberg points out.

Certificate holders will need to adjust to any new risk designations in FSC-endorsed RAs. These will be published at the Global Forest Registry.

In addition, the new standard requires a high level of transparency.

Certificate holders need to produce a public summary of their due diligence system, including information about supply areas, risk designations and any control measures. In addition, they are required to provide guidance for stakeholders on how to file complaints.

Exclusion of confidential information is possible, but must be justified.

How to deal with risk

The burning question for most certificate holders will be how certificate holders can handle risk efficiently. The good news is that some of FSC’s RAs include guidance on control measures addressing the specific risk – and in particular, that FSC intends to expand all RAs to include such guidance.

“A general rule of thumb is that managing risk is easier for certificate holders that are close to the forest level,” explains Mr Feilberg. “Risk mitigation is mainly possible for those operating in the forest such as logging companies, or those receiving the wood directly from the forest such as sawmills and pulp mills.”

He adds that managing risk at forest level also depends on the number of supply units from which the company is sourcing.

“For example, if you are buying from just one concession, you may be able to conduct site visits to check for compliance with health and safety regulations. But this approach becomes quite cumbersome if you are sourcing from over 100 supply units in several countries.”

For certificate holders further down the supply chain, often the best way to mitigate risk is simply to demand products accompanied by an FSC claim (FSC certified or FSC CW). However, large companies may be able to address risk through their existing supply chains.

“Companies with a large purchasing power can more easily convince their suppliers to take active part of their due diligence system,” explains Mr Feilberg.

“This doesn’t work so well for the small players though. For smaller FSC certificate holders, the only viable option for dealing with existing risk is often to exclusively source material covered by full FSC chain of custody certification and accompanied by the FSC CW claim.”

“I expect that the new standard will increase the pressure for logging companies and forest managers to provide CW certified materials. Forest managers can be certified according to the Controlled Wood standard for forest managers [FSC-STD-30-010],” adds Mr Feilberg. “In sourcing areas with many risks, certification at the forest level will often be the only workable option”.

Will it work in practice?

Mr Feilberg concedes that there is a joker in the game: The new approach requires a change in mind-set.

“Certificate holders will need to move beyond the usual checklist approach and do proper risk analysis instead, based on sound knowledge about their supply chain. There is a learning curve involved, which could jeopardise the proper enforcement of the rules in the short term,” he says.

Mr Feilberg foresees that it will take some time for everyone involved to truly understand and appreciate this new approach.

Our experience as a monitoring organisation under the EUTR shows that many organisations struggle to understand due diligence approaches. However, once they have learned how to work with due diligence, it can become a strong tool in supply chain management.”

“The coming 3 to 5 years will be critical for the success of the new standard as it is implemented and enforced", he adds.

"I expect a major push-back from some industries, which prefer to continue the current business practices.".He also expects that some supplies of CW will diminish due to stricter requirements and tighter enforcement.

“On the positive side, the changes will strengthen the credibility of FSC claims. At the end of the day, this is what makes FSC a strong and viable option in the marketplace,” he observes.

In recognition of the challenge that is involved, FSC offers guidance, tools and training to help stakeholders cope with all the changes.

Mr Feilberg foresees that the new CW standard could have significant impact by creating a new market pull for transparency in the timber trade.

“The game will change with the enforcement of these new rules. Controlled wood is set to play a new and much wider role, far beyond the FSC system. In particular, the process will provide comprehensive risk information for companies sourcing in compliance with the EUTR,” he says.

“Many companies and financial sector organisations have incorporated the five ‘unacceptable’ controlled wood categories into their procurement and investment policies. They will be able to use the new FSC RAs directly in their due diligence work.”

“Also, we see similar requirements appearing for the biomass market, which creates a new strong push towards moving in the right direction and eliminating the worst forms of forestry,” he says.

In addition, FSC has decided to introduce new sales options enhancing the market value of CW:

Whilst sales of CW has previously been restricted to other FSC certified organisations, certificate holders will be able to sell FSC CW material to any organisation.*

This greatly expands the role of CW within due diligence and timber legality. A non-certified importer of wood into EU will now be able to buy FSC Controlled Wood certified material and use the certification status to indicate compliance with the EUTR. *

Mr Feilberg also points out that the FSC RAs may boost another positive trend - the growing effort to address forestry-related risk on a national level, e.g. through regulatory changes, tighter enforcement, and national surveys of key aspects such as conservation values. As FSC RAs identify specific forest sector weaknesses in a country, the national responsible authorities will come under increased pressure to address them.

* Update (28 April 2016): The FSC Board of Directors has after the publication of the article stepped back from their decision to allow sales of FSC Controlled Wood to non-certificate holders.