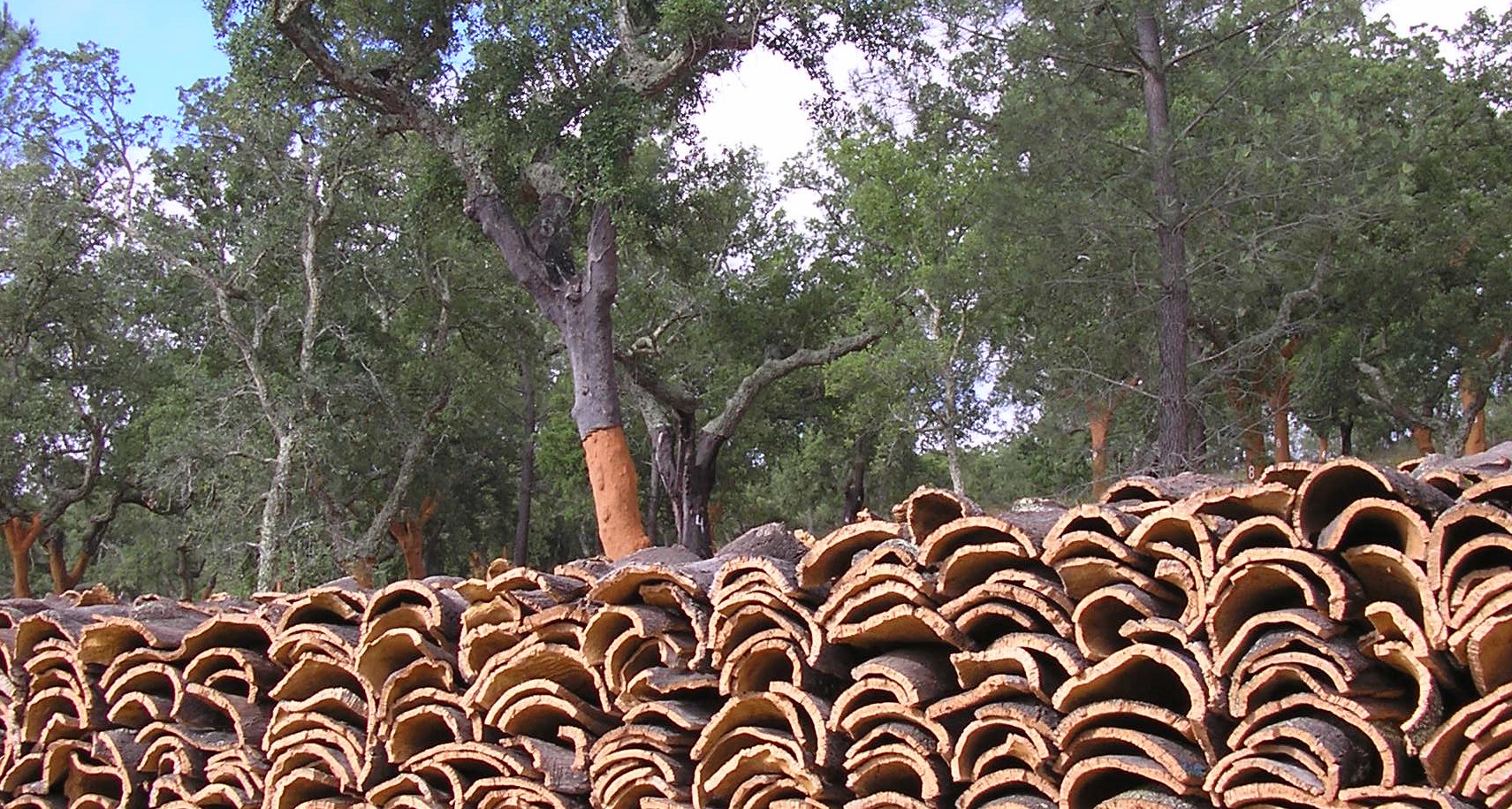 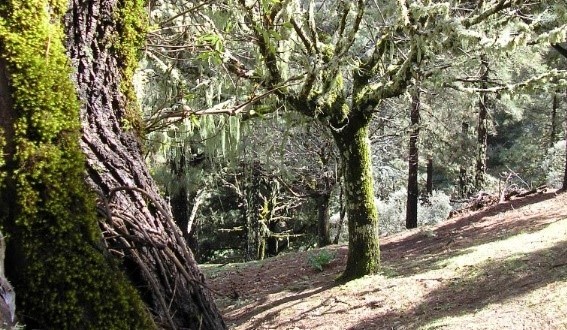 Cork comes from Quercus suber, the cork oak. It’s a medium-sized, evergreen tree that is native to southwest Europe and northwest Africa. This is a photo of cork oak forest in Portugal.

Portugal has more cork oak forest than any other country, and the cork oak is the national tree of Portugal.

Cork oak forests in Spain and Portugal are home to endangered species such as the Iberian lynx and Iberian imperial eagles, which are classified in the IUCN Red List as being endangered (lynx) and vulnerable (eagles). 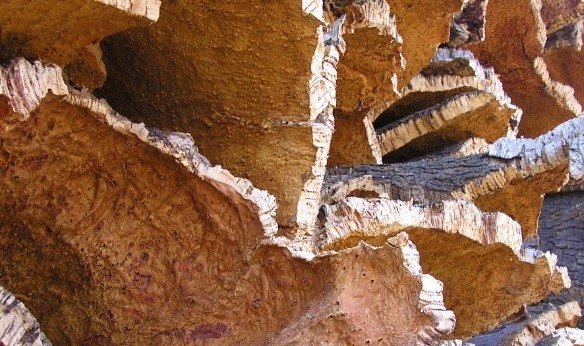 The thick bark of the cork oak tree is adapted to help the tree survive fires, by acting as a heat insulation. The cork doesn’t burn very well and therefore cork oak forests help reduce the incidence of forest fires. 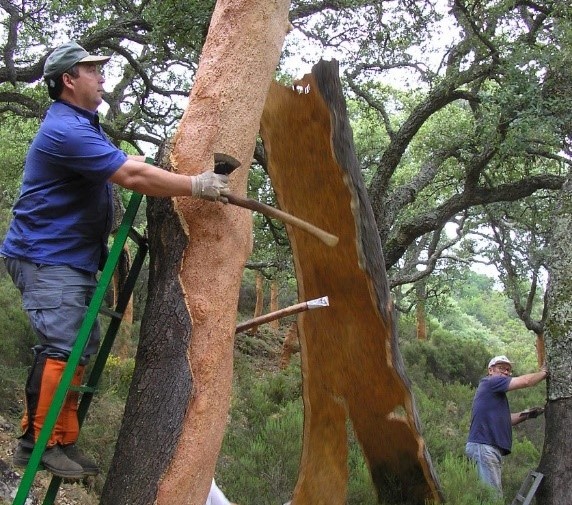 The bark is harvested entirely by hand, with small axes. Removing it without damaging the tree is a highly skilled job that people train for around eight years to learn to do. 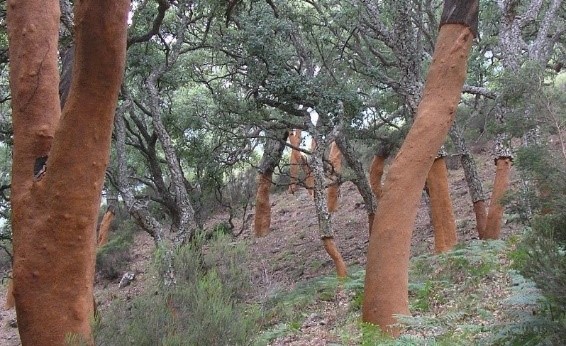 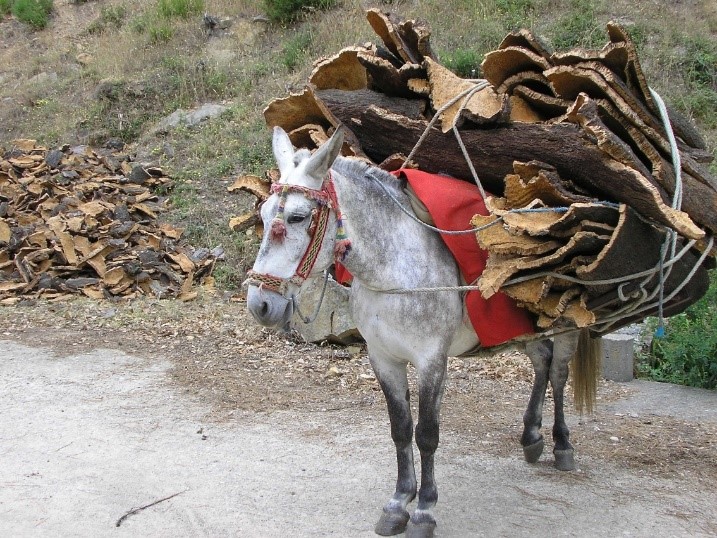 Some cork oak collectors use donkeys to transport the bark to a place that is accessible by trucks. This photo is from another of our clients. 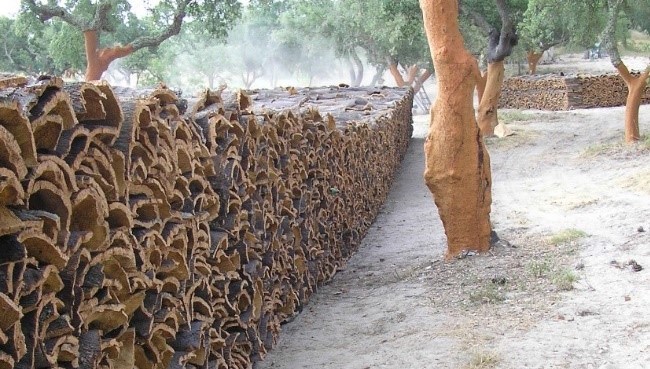 The cork bark is carefully stacked so it can air dry. 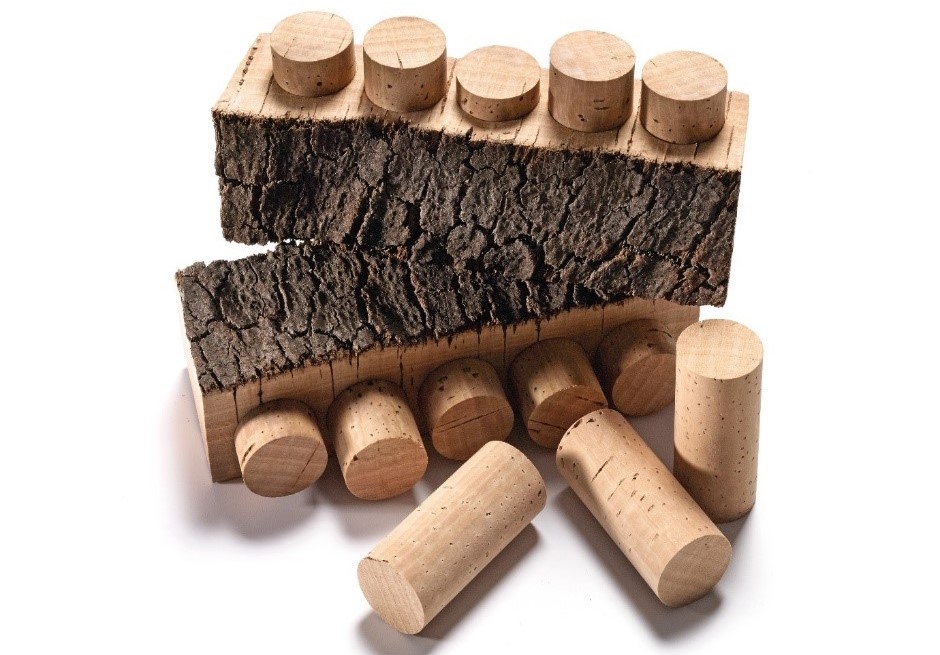 Look for a natural cork stopper in your wine, and look for the FSC symbol on the bottle.