Read this article to find out:

The potential for fraud in paper-based Chain of Custody systems

All environmental and social certification systems need a way to track products that meet the scheme’s requirements from forest or farm or sea through the supply chain all the way to the final consumer. Supply chains can be long and complex, with a risk that companies can cheat the system, either on purpose or by mistake, by diluting the certified material with non-certified.

At the moment, many certification schemes rely on paper-based Chain of Custody (CoC) systems. That means that every company throughout the supply chain has to keep paper records of the quantity of certified products that they buy and sell. It also means that auditors have to come in to check those paper records.

The problems with this system are that:

Blockchain technology holds out the promise of being able to overcome these issues.

Blockchain is probably best known from bitcoins – the internet money. Blockchain is a ‘decentralised ledger’ technology that keeps records of chains of data.

A clever bit of cryptology ensures that only one piece of new data can be appended to the end of the chain and that only one version of the chain is valid. The system manages to do this by having the information distributed on multiple computers, and by requiring all computers to agree on the valid version of the data. This means that copies that conflict with the consensus, i.e. that have been tampered with, are rejected.

A Chain of Custody system running on the blockchain offers the advantages that:

To explore whether this sort of authenticated distributed ledger technology could be useful for CoC systems, we took part in a Blockchain Summer School at the University of Copenhagen. The event was an initiative of the European Blockchain Center. We presented a use-case for adapting the blockchain technology to track FSC-certified timber along supply chains. Two groups of computer science students worked with us to come up with a prototype. They had 72 hours (3 days) to work on this in a so-called ‘hackathon’.

The team developing the blockchain protocol came up with the following slogan to describe the process: “No tokens in the wallet, no tokens for transactions, no certified sales”. 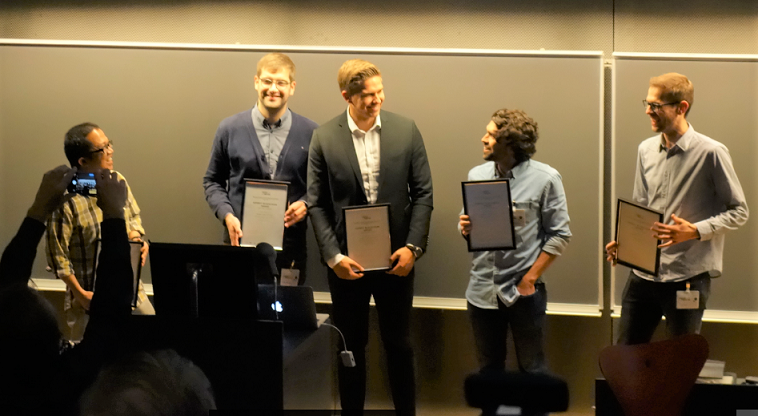 The summer school had other use-cases from fintech to solar energy, and after burning the midnight oil for three nights in a row the students working on the timber-tracking solution won the prize for the best solution produced in the start-up category. We were happy to use the opportunity to explore the blockchain as a way to track certified volumes of timber and we’d like to thank all the students for their enthusiasm and hard-work – we learnt a lot!

Of course, there will be challenges to using blockchain in CoC systems as well. Some of those are technical issues. For example, for tracking certified timber, a system would need to be able to take into account:

Despite these challenges, our feeling is that blockchain holds the potential for transforming the Chain of Custody systems for all certified products in the near-future, making them both more trustworthy and cheaper for companies to implement.